How to name your startup - Cool company names & company branding 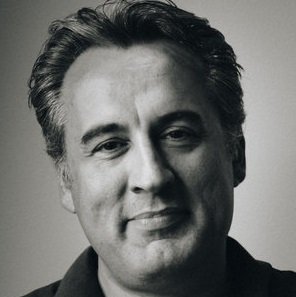 What’s in a name?” Indeed, what is? Everything.

There is nothing more important than naming your company right, and yet there is nothing you could easily spend too much time on. A rose wouldn’t be less of a rose if you called it "abracadabra." It’s a physical thing. You can snip it off and sniff it and put it in bouquets. Your company, on the other hand, is a made-up entity. If you were to introduce a customer to your company, you wouldn’t say: “Hey, there is this thing I’m working on, it has petals and it’s pink and smells sweet.” You have to call it something. And if you call it A Pink Thing That Smells Sweet, your customer will only shrug. So what? Like there aren’t a million pink sweet smelling things out there. Why should she care?

Let’s take a look at the word "rose" again. Pretend for a second that it has no name. Disassociate from it. Does the word "rose" mean anything to you without the context of the flower? It comes from Latin rosa, and you can dig deeper into the history of it, but ultimately what you’ll discover is that the word itself became attached to the flower, and that’s how we know what it is. It has no meaning. The word acquires meaning when we ascribe it to an object. With this knowledge in hand, think about naming your company. If you were to name it as an engineer and called it Streamlined Software, you’d kill the idea of naming in the bud.

Don’t try to explain what your company does. Instead, pick a name that’s visual and that has nothing to do with what you’re making.

Pick Your Name in a Heartbeat

For example, does Apple have anything to do with computers? Does Amazon have anything to do with books (well, that’s how they started)? Does Virgin have anything to do with airplanes? How about Yahoo? Sharp? Blackberry? Caterpillar? Shell? And yet, these things call up vivid images in your head. Apples, blackberries, shells, the Amazon River, the wild cries of “Yahoo!” coming from the jungle. They tend to stick with the right half of your brain because they are colorful and memorable. In the ideal world, you'd be able to pick out a nice sounding noun, like Dragon or Cadence or Grasshopper or Fire. Unfortunately, most of the proper English nouns have been already taken. If you were to Google ‘banana’, you’d see that www.banana.com is owned by someone. You have to make sure that when you Google your company’s name, it returns close to zero results.

To get a leg up for your business you have to acquire the right domain name. Many new top-level domain names like “.io” and “.media” are available for your use, but the traditional “.com” still carries a lot of weight for convenience’s sake, and it’s one of the first extensions people will try when searching for your company online. What do you have left? Come as close to a proper English noun or a name as you can. Either makeup nouns, or combine words into deliberately impossible combinations.

Google – a misspelling of "googol." Or Pepsi – a misspelling of "pepsin." You can go this route, but be careful. Try to pick a name that isn’t hard to spell. Something like Aprico (from apricot) or Zeber (from zebra). Do exercise. Jot down 10 nouns and misspell them.

Microsoft – a word made up of two words. It’s arguably not the best name, but brands can grow on people. Bridgestone and Lego (from leg godt, or "play well") are other examples. Try combinations of half words. Miniwhale or Bigmouse or Gumcloud or Staygo. Brainstorm. You’ll be sure to find combinations that haven’t been used before and that sounds memorable.

Disney – a last name. In the same category are John Deere and Wendy’s and Arby’s. Try your name or the names of your team members. How about Ksenia’s Garage or Jim’s Den. Play around with this idea and see what you can come up with.

Red Bull – a combination of two words that don’t belong together yet elicit a vivid picture in your mind. Try playing with colors and animals, like Purple Cow or Pink Kangaroo or The Green Ants. The possibilities are endless.

Sony – a made-up word, from sonus, Latin for "sound", and from the English slang word "sonny". Come up with your own made-up words, just make sure they’re easy to pronounce.

More things for you to consider. Try to come up with a name that starts with letters from the beginning of the alphabet, the earlier, the better. It will give you a leg up on many lists. Keep it to four syllables, if possible, and make sure it can be used internationally and doesn’t clash with any historical or cultural references that are unfavorable.

But then there is Acumatica. A name I choose to stick with after I joined that company to grow the sales and marketing. It's the only one-word company name that I know that has 5 syllables. And many people have a hard time pronouncing it. But the interesting thing is that we tried to change it for almost 1 year... And we could not really come up with something significantly better that would offset the risk of losing the little bit of brand equity we had accrued in the short existence of the company. But we went all the way...here is what we did:

P.S.: On hard to pronounce characters, take a look at this completely irrelevant and uninteresting blog post where I explain why I was so stupid to decide to stick with my name, Stijn, after moving to the US, despite the opportunity to change it.

How to woo and win clients with lead nurturing content

A beginner's guide to SEO: Strategy, Tools and Tips

Let us know what you think